11/10/2022
Two Hutchison seniors signed to continue their athletic careers at the collegiate level and received athletic scholarships after terrific high school careers. Morgan Simmons ’23 and Kolby Cohen ’23 were honored at a signing ceremony held at the new Keras Complex.
Teammates, coaches, family members, and teachers joined Morgan and Kolby to celebrate at the signing ceremony in November. Morgan will play golf at Oklahoma Baptist University, and Kolby will play lacrosse at Florida Southern College. Head of School Dr. Kristen Ring, a former collegiate athlete, praised Morgan and Kolby's determination. "We know that an athletic signing like this is the sign of hard work, dedication, and sacrifice in the classroom, outside of the classroom, on the field, at the course. It takes dedication in all elements of life. We are incredibly proud of you both and excited to cheer you on at the next level," she said. 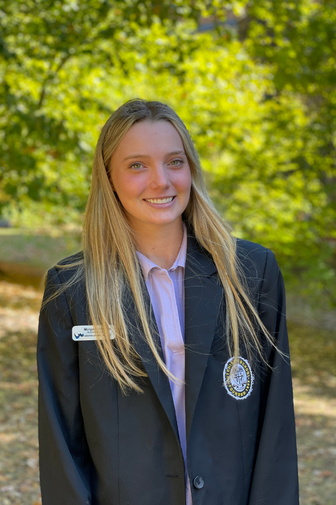 After a stellar high school golf career consisting of state tournaments and regional success, Morgan Simmons ’23 is continuing her golf career in college at Oklahoma Baptist University. Simmons committed after a phenomenal senior campaign that saw her shoot a 68 in the regional championship.

Along with teammates Arabella Hall ’23 and Berklee Scifres ’23, Simmons was part of a senior class that went to multiple state championships and won the region in 2021. Simmons was named school MVP in each of her four high school seasons (and in her three middle school seasons, too). Morgan has been a Hutchison student since pre-kindergarten.

Over the summer, Simmons qualified for the IMG Academy Junior World Championships held at the legendary Torrey Pines Golf Club in San Diego, California. She did so by shooting a 74 in the qualifying tournament, which earned her a place in a sudden-death playoff. She won that playoff in stunning fashion, holing out from 120 yards away to win.

Simmons has proven to be a big-time pressure performer, with her 68 at Regionals being the first time she was able to break 70 in a competitive round. Her coach, Mary Murphy, described it as an “out of body experience,” but being able to put together rounds like that in challenging situations is what made Simmons such a special performer in high school.

Murphy said it was all about determination for Simmons. “She just doesn't quit,” Murphy said. “She doesn't care who is there or what they're doing. She wants to win for Hutchison. She is always open to coaching and always full of encouragement for the other kids. She always perseveres.”

Next year, she will her talents to Shawnee, Oklahoma, the home of the Bison of Oklahoma Baptist University. Simmons said she knew right away it was the place for her. “As soon as I visited OBU, I knew that I was going to end up at school there,” Simmons said. “I'm excited to continue my athletic and academic career at Oklahoma Baptist University, and I can’t wait to see what the future holds for me.”

“That's something that makes me excited for her future,” Murphy said. “I’m very comfortable that the Oklahoma Baptist coach will be one of the happiest people in Division II golf.” 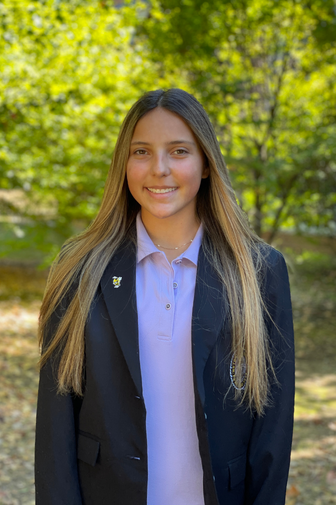 KOLBY COHEN ’23
Standout lacrosse player Kolby Cohen ’23 will continue her athletic pursuits at Florida Southern College, having received a full athletic scholarship. Cohen has made herself a key part of the Hutchison lacrosse program in a short time; she arrived on campus in fall 2021 and hasn’t looked back since.

Off the field, Cohen has delighted her peers and faculty with her enthusiasm and attitude. Her determination is well-known around the Hutchison campus, with one story going something like this: Growing up, she wanted to try every single sport, every one, including football. She tried to play football at recess one day but the boys at elementary school kept telling her that girls weren’t allowed. Not taking no for an answer, Cohen returned the next day with a clipboard and a whistle, calling herself the coach.

Two years ago, Cohen decided to devote all her attention to lacrosse. The results of that decision have been impressive. Cohen led the Sting in draw controls last season and was a major contributor to a team that finished as runners-up in the State tournament. In the process, Cohen was named to the TGLA West All-Region Team and was also named to the TGLA All-State team. Her ability to control draws and attack from a number of positions made Cohen a vital starter as a junior, and she is expected to be every bit as important for the upcoming spring season.

Cohen targeted Florida Southern as a potential college home after attending a camp two years ago. It was also after that camp she decided to become a student at Hutchison. She has made her mark both on and off the field. Cohen is a member of the National Arts Honor Society and a member of the Athletic Council. Though she has only been at Hutchison for a year, Cohen has already built a reputation for connecting with and helping others; her kind and encouraging demeanor has made her easy to get along with.

On the field, though, that demeanor becomes intense, with Cohen’s competitive spirit leading her to a college scholarship in the Sunshine State.
Back